Can mankind take-out a Hurricane? Today the answer is probably no, perhaps in the future we maybe able to. It appears it maybe easier to start a Hurricane and let it build on its own than to stop a full-fledged Hurricane. And Hurricanes do come in many sizes and stages two. We maybe able to steer a Hurricane, small one with a few tricks, but killing a large Hurricane is like trying to put out a forest fire with a pressure washer attached to a garden hose, it ain’t gonna happen folks, not without a lot of power and a lot more knowledge of Hurricanes. Thus this is a good opportunity to think on funding such Extreme Weather and Hurricane Research.

While other nations work to figure out a way to MAKE Hurricanes or Typhoons, which is probably going to be much easier, than killing one. We must concentrate on killing them and understand how to make them so we can use this information to steer them. Let’s face it once these Super Typhoons or Category IV or V Hurricanes get going that is one hell of a lot of energy to get rid once they build? Hurricanes follow heat and are steered by other interacting weather, they heat up the area where you want it to go or cool it down where you do not want it.

But in preventing, it appears to me that we can change the shape of the
water droplets coming off the crest of the waves (ocean spray) and allow the
regional air flows to flow. Which would in effect not allow the Hurricane
Free Reign to build. I am in the car wash business and we use De-ionized and
RO water to wash car dealership lots. The water droplets are very fine, not
similar to tap water or ocean spray.

This also has application in fire drops, too small droplets they evaporate on the way down, thicker is better. Water droplet size is very important. Change the shape of the water droplets by de-ionizing those droplets or scrambling them with microwave pulses and do it right as they crest into the air and you will allow the relative natural airflows to enter the Hurricane’s Power base not allowing it to form properly, thus the speed remains low, but the storms power the same, meaning it will deliver water to the natural region for rain, but not destroy thru storm surges and wind. Do you agree?

I had considered a way to assist by changing water droplet size with frequency or laser to allow better evaporation to make it rain in regions which were arid for farming or growing populations.

Some folks have considered coating the ocean surface with goo on the ocean, using vegetable oils, crude oil, mixtures, etc.

Or those polymer balls which can soak up water or put an oil slick in front of the Hurricane? Then use nano material to soak it all up and then take those to refineries to discharge oil? And what do you do with a Hurricane like Ophelia Hurricane, which is going to wait until the Solar Flare gets here and then do something mean, it is flat on the first coast in FL and not much to slow it down as it decides which way to go? Up the Coast, out to see or cross into the Gulf? The time to kill such a Hurricane is before it gets large, erodes the coastline safety zones and creates its own weather.

I have considered. Acoustic Transducers on inflatable barges delivered via submarine to the eye of a forming Hurricane-tropical storm or laser reflectors pointing in all directions, which pop up on inflatable expandable systems. Or a combination of ELF pulse and high-powered CO2 Lasers on wave crests. By aligning the molecules of water they may not evaporate as fast. Another thought was to cause eddies or horizontal tornadoes to allow the air out and reduce its building with high energy THEL type airborne lasers; Argon or CO2 depending on altitude? If you did it close to the surface of the ocean you might allow new airflows in disrupting the Hurricane’s eye.

Yes costs of Hurricanes are a drain on our natural resources we must fund research to control our weather. Military too, i.e. Owning the weather by 2025? Too far in the future need it now. Think on this, if you have ideas on how to kill a Hurricane, let the world know.

“Lance Winslow” – If you have innovative thoughts and unique perspectives, come think with Lance; http://www.WorldThinkTank.net/wttbbs 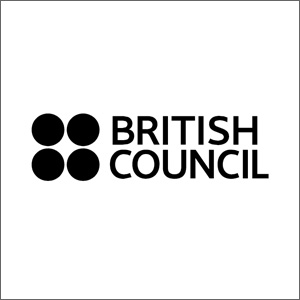