Many Science Fiction authors have discussed in many works the issues with robotic assistants and companions. Today we see DARPA awarding a contract to a group of artificial intelligence software gurus to put together a computer assistant, which can read any manual and then explain in human terms

Many Science Fiction authors have discussed in many works the issues with robotic assistants and companions. Today we see DARPA awarding a contract to a group of artificial intelligence software gurus to put together a computer assistant, which can read any manual and then explain in human terms what it says. This assistant would be near a human during equipment repairs or preventative maintenance during operations. In the movie Artificial Intelligence you will remember the boy robot was read certain words in a certain order to activate a love program for bonding to the human. In Isaac Asimov’s novels he often had long dialogues about the very subject of human bonding, love and companionship amongst robots, androids and organically engineered creatures with their human counter parts. Many questions arise when looking at these converging technologies of autonomous robots, artificial intelligence and their future of cooperation with humans. It is safe to say that humans may get quite frustrated taking orders from a robotic android and perhaps even quite belligerent at times. Many of the human innate characteristics of our species may be quite disruptive to the teamwork process needed to work towards efficiency in business, military and things like first responder rescues using robots. These uses are just a few of the hundreds of excellent applications, which will be incorporate robotic technologies. How will we get humans to bond with their robotic assistants? I believe we should use the built in bonding methods of human nature and nurturing which permeates the world of human behavior. First human memories at early childhood seem to contain bonds. First love during puberty, seem to hold significance in the human mind. Intense stress in a human endeavor, disaster or competition of will or strength of character in war or sport while in the company of team mates, friends, associates, soldiers or simply bystanders appear to be high on the list of human bonding. In fact, sports coaches, drill sergeants and leadership in training of their teams, soldiers and populations use these techniques. Disasters, calamities, war and extreme human stress whether induced, imagined or real work in forming bonds of this type between humans. But can these techniques work to bond human to robot? It would stand to reason that they would in fact. In my days of motorcycle racing and flying I found myself bonding to a hunk of precision machinery. Fighter pilots bond to their aircraft, often personifying the craft with their names on the side, nose art of women or other meaningful significance. What about a robot, which was so carefully created that it looked and felt like a real human in almost everyway? Can we bond a human to the robotic android to such a degree that they worked together with the full respect of a team mate of a professional sports team or soldiers in the heat of battle?

A to już wiesz?  Top Ten Non-Techie Steps to Market your Book Online

Can we design such a robot and promote that level of bonding thru a virtual reality setting or using contrived events to simulate natural human bonding in our culture. I believe we can. I also believe that the strongest bonds in nature of any species seem to be that between a mother and their offspring. To simulate this level of bonding for robotic companions and/or assistants we must specifically program the robot to catch clues from the specific human’s behavior and build upon those. But first we need an initial bonding event that triggers chemical reactions in the brain, which are as strong as those early memories. I propose using a picture of a person’s mother in a family photo, which depicts a pre-memory time period, the photo would contain the subject and the mother. Such a photo would provide an imprinted memory to work with, one which could be simulated with the robot. The robot would replicate the mother’s position in the file photo whether sitting or standing. This would cause the human subject to move to put themselves in the scene in their mind thru a false memory and thus move closer to the robot while their chemicals in their brains recorded over the old memory. A robotic android of the opposite sex may also be a worthy idea to increase bonding as small amounts of casual flirting may add to the chemical bonding of the brain.

In the event a robotic assistant is needed for long-term space flight these things must be considered. Likewise a robotic assistant in a military situation, it would be critical. For future companion robots, scientists and programmers will have to focus on these things in order to prevent hostility between human and machines and eventually between transhumans with robotic parts and full robotic androids. We must think on these issues as the future is becoming closer at a much faster rate then ever before.

A to już wiesz?  How To Find A Professional Editing Service

“Lance Winslow” – If you have innovative thoughts and unique perspectives, come think with Lance; www.WorldThinkTank.net/wttbbs

1) Articles will quickly position you as an expert in your field.The written word is incredibly powerful. Writing articles sets you apart from your competition. You never have to say "Listen to me, I'm an expert!" Your articles do that 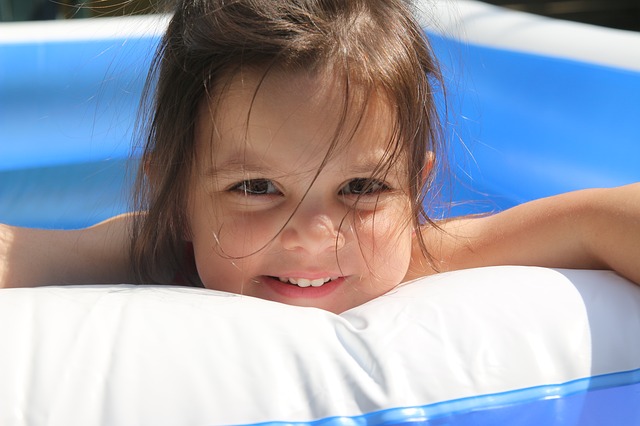 This is intended for informational purposes only.Selling books by mail is one of the "ideal" spare-time business ventures that can be operated from your home, and with minimal investment. However, there's a lot you must know about thi The newest flexible concrete technologies seem to have incredible attributes for all sorts of uses here on Earth. For instance freeways, toll-ways, roads and highways making them less bumpy, which means they will be more safe, less sca

A flyer is an excellent, inexpensive way to promote your book. What makes one flyer so much better than another? Use these top10 tips to make your flyer stand out from the crowd.1. Include a colored picture of your front cover. Peopl